Today is not a good day to start an article with the word "I" given today's gospel, so another word has been substituted instead. That may be a horrible opening sentence, but in 200 or so articles, not every opening sentence can be a real winner. In any case, today's trip was simply planned and executed without incident. It involved the standard twenty-minute walk to the railroad station, the standard 45-minute railroad trip, and less than a fifteen-minute walk to the target parish, one which I've known existed for some time but never managed to visit for one reason or other despite its location not too far off my beaten path.

The cornerstone reads "1853-1865 Reconstructed 1948-1949." The outside is grand old stone architecture, but like the church from two weeks ago, the outside does not tell the whole story. The inside paints a strange picture-- one that Catholics need to fight vehemently. That picture is this: a Church divided. What is this division? Why, it's the same tired portrait our media like to paint, of course. To look inside this church, one would think that the Church is split into pre-Vatican II and post-Vatican II, the latter naturally being the improved, enlightened version, apart from some scattered pockets of resistance.

It's almost worse in a way than the churches that are renovated and destroyed in the process. What I saw here is almost like nothing I've seen anywhere else. The original altars, reredo, tabernacles, sanctuary, stone ambo, confessionals, choir loft, side balconies, and even the stone altar rail down to the metal gates at the center are preserved in their entirety. None of them are used at all. The original sanctuary area is like a museum, with small easels scattered around it with various pictures and whatnot. (One easel proudly boasts that a local group of university students restored the original ambo, complete with "before" and "after" pictures-- but it was restored to be a museum piece, not a functional ambo.) The statement is clear: That area is not suitable for modern worship-- nothing more than a historical curiosity. One almost gets the impression that the building might be designated a historical landmark-- otherwise, more drastic changes might have taken place. About half of the wooden pews were removed to create a space to construct a new sanctuary at the center of the nave. This has a freestanding altar, small wooden ambo, a metal rail around the sides and back, and a spot for the organist at the left. Behind this sanctuary one sees some leftover pews that are arranged to face one another in two sections, but without any discernable purpose. A completely new reconciliation room lacking any architectural character whatsoever is plunked underneath the right side balcony. The only saving grace is that all these changes could be reversed rather easily if anyone had a mind to do so, simply by replacing the pews. Also, one can still admire the original sanctuary from the nave, including the giant painting of the crucifixion on the rear wall behind the reredo. (An actual crucifix is found in one corner near the narthex.)

I arrived about fifteen minutes early and took a place in a short pew at the right abutting the side wall. A pretty young lady with a bare ring finger sat only two rows ahead of me, so I figured that today might be my lucky day, but after that two other people sat in the pew directly ahead of me, preventing any direct contact much less sin. The organist played some soft music before Mass. Actually, from here forward, everything was pretty straightforward, so I probably shouldn't be too curmudgeonly. The entrance hymn, found in WLP's Seasonal Missalette, was "Come, Holy Ghost." The new sanctuary has no cantor's lectern, so the cantor used the ambo to lead all the hymns. We sang two verses as an extraordinary minister of Holy Communion, the reader, and the priest passed through the center aisle. The priest used Form C of the penitential rite and then we sang the Gloria to "A New Mass for Congregations" setting by Carroll T. Andrews, just as I did last week in a different diocese. I'm always fascinated that these things come in pairs or groups of three or four without any planning whatever.

The reader went to the ambo and gave the first reading. The cantor led the psalm for the day from the ambo and then yielded to the reader, who gave the second reading. We sang the Alleluia and verse before the Gospel; I suspect that the cantor used the setting in the Seasonal Missalette as she was holding it in front of her and it seemed to match. The priest stood in front of the altar holding the Book of Gospels for a moment before taking the ambo and proclaiming the Gospel.

The homily was almost taken verbatim from a piece that was printed in the bulletin, which is nice because it saved me the trouble of taking notes. (Actually, I rarely take notes, so it saved me the trouble of feeling guilty about not taking better notes.) Somewhere in the middle, the priest tossed a joke into the mix. A young woman went to her parish priest and lamented that she was struggling with a particularly difficult sin. She would look around the church every week and see that she was prettier and more beautiful than all the other ladies. The priest reassured her, saying, "Mary, that's not a sin-- it's a mistake."

Paraphrased from the bulletin, here's what I heard. Being satisfied with ourselves is dangerous, as it can lead to blindness, pride, and possibly worst of all, a great separation between others and ourselves. Comparing ourselves to others is "a total waste of breath." We cannot judge what is in others' hearts, so these comparisons are often mistaken. We have to look at our own relationship with God, in the mirror of self-knowledge. When we do this, instead of becoming separated from those around us as did the Pharisee-- what sin does to us-- we realize that before God, we are all in the same boat as the tax collector, and that we all are in need of God's mercy.

We recited the Creed, and then the reader went to the ambo to lead the recitation of the intentions of the Prayer of the Faithful. After this, she returned to a pew (she had been next to the cantor at the right of the sanctuary). A collection was taken using long-handled wicker baskets as we sang the offertory hymn, "There's a Wideness in God's Mercy." The chalice and ciborium were of metal. At the Orate Fratres prayer, no one stood until the congregation's response was complete.

I think the Mass setting for the remainder of the Mass was A Community Mass. As I mentioned last week, I hope to be able to be more certain for future articles. The priest offered the second Eucharistic Prayer. The Our Father and sign of peace were restrained, as one might expect in a congregation of only 50 to 75 people (even after cutting the number of pews by more than half, attendance still seemed a bit sparse at this 12:30 PM Mass). I caught the young lady ahead of me glancing at me, but the two interlopers between us prevented any more intimate contact.

The single lay minister assisted the priest in distributing Holy Communion; the chalice was not offered. The cantor sang an unannounced hymn on her own at this time. I watched to see which of the tabernacles might be in use, but apparently some side chapel was created, as the lay minister took the ciborium to a location not visible from the nave. (After Mass I even noted two additional side altars underneath the balconies, making at least five tabernacles, but I saw no tabernacle light to indicate an active one.) The other slim possibility is that no consecrated Hosts remained to be placed in the tabernacle. They went from five tabernacles in the nave to zero? The penduluum swings so wide in the Church! I wish we could find that happy medium, somewhere.

After Communion, a second collection was taken while the reader gave a few announcements from the ambo. The priest imparted a simple blessing and departed via the center aisle with the reader and lay minister. The closing hymn was "Faith of Our Fathers." We sang two verses, and the priest mercifully had made it to the rear so that we wouldn't have to sing the third verse. Almost everyone remained to the end.

I figured that the young lady would grab me as I was leaving and possibly offer her hand in marriage, but for some reason she simply left, probably laboring under the misapprehension that I would be there again next week, and that a bit of procrastination would do no harm. She really needs to spend more time reading the articles on this web site, I think.

In Florida, Uruguay, Mass is offered at St. Joseph Church on Mendoza Grande. Across the nation and around the world, you can almost always find a Catholic Mass. 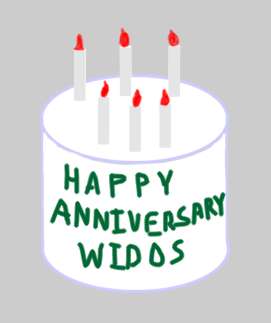